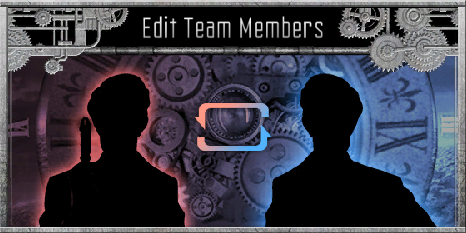 There are several ways to build a team and the following is a recommendation for how to build teams.

One of Each Color

This is recommended for beginners of the game, one of each color allows attack on almost every turn. It will allow beginners to learn the basics of the game. This type of teams will always have one more room for an extra companion, so pick whichever character available.

This refers to balancing the stats, for instance 2 tanks, 2 offensive and 2 healers. After getting to grips with this game, one can start to experiment with the team a bit more.

Starting with a balance team is usually the best way, using the team will let you know the weakness and strength of the team, then simply swap the companions according to personal preference.

Building a team according to enemy weakness. For instance the weeping angels are usually blue gem enemies, a team with a greater emphasis of green Doctor and companions will dispatch them more quickly. Similarly the Sontarans and the silents are usually yellow gem enemies, a team with more black characters will be more effective against these enemies. Other examples are the green spoonhead which are more vulnerable to teams of red characters while the red church soldiers are weak against blue characters.

A common team build is combining the different abilities of the companion to create synergy.

The most common one is have several convert companions converting from several colour gems to the same color. Tag along a boost companion of the same colour, a combo can be created with 20 or more power up gems in a single combo. A synergy team will usually end up being unicolour or duo colour team, this is not recommended for beginners as this is the exact opposite of teams with one of each color.

The strategy of mono or unicolour team refers to a team using one primary color, using a team with one primary color have a lot of dead gems even with the use of convert abilities. The tactic is to get rid of dead gems for several turns, then do a massive attack after you saved up enough gems. As a result, building a mono/unicolour team is better with more companions having high HP and Heal. However, should the damage using the Convert and Boost combo not be sufficient, consider using a Gem Drop companion as well.

It can be argued that with rank 5 duo colour companions, removing dead gems is not as important but atk2 stat is not always enough to do significant damage to the enemies.

There are several other things worth considering, black and yellow have unresisted coverage. Meanwhile blue, green and red can be resisted by an entire level of enemies.

While not straightly relevant to convert and boost, it is worth mentioning is enemies with extremely high defence such as the Toclafane, having a single color team while only using 3 or 5 gem combo per turn is an effective strategy to deal with them.

The former can provide extra convert characters to maximise the number of gems converted to the main color team. The strategy is similar to mono color team, get rid of dead gems and attack with a full board of the same color.

The latter can be built around stats to bolster HP or heal to withstand strong attack or repeated attacks. Also since there is higher probability of attacking each turn and fewer companions of the same color attack than a unicolour team, having a higher attack stat for the team is preferable.

During late chapter 2 and early chapter 3levels, duo colour teams are more favourable than mono color teams. This is due to the fact that the amount of color that can be converted is a lot more restricted; blue, green and red cannot be converted to black or yellow and vice versa. Therefore blue, green or red should be combined with black or yellow, this leave no dead gems while maximising the number of slots for convert companions.

Another popular synergy is the stun and poison combo, the idea is  have multiple stun characters to chain stun the enemy while letting poison deal the damage. It is more commonly used against bosses with high HP and expert levels where it can be the only way to deal sufficient amount of damage

Jack of All Trades

One last team build recommendation is a combination of the ideas above. This type of team consist of 3 colors each color consist of one pair of allies. This type of team uses similar synergy as mentioned and covered more enemies due to the greater variation in colors. However this type team might not possess the same amount of damage capability as unicolour or duo colour teams.

Crowd Control refers to debuffs such as slow or fear in other games, in Doctor Who Legacy: We have one main source of crowd control:

Stun shuts down enemies completely. It prevents damage received or allow more time to heal in between attacks. With enough stun power characters, one can chain stun on one or two enemies indefinitely. With the enemy constantly stunned, tank and healers are not such a priority.

Stun however will run into problems if enemy has immunity.

Dealing damage in normal levels are very simple, make some combos and enemies will fall eventually however in expert levels the amount of HP or defense can be hard to break through using traditional method

In normal levels, a single convert character is more than enough and having an entire board of the same color boosted gems is overkill but in expert levels might be the only way to deal enough damage. With enemies using Immunity, pure damage is only way to defeat them.

Convert and boost provide an enormous amount of burst damage, as a result surviving till the abilities are ready is the main objective. Therefore ATK is less of a priority, instead emphasis should be put on HP and heal as the team need to survive the huge amount of damage the enemies can dealt while waiting for the powers to charge up.

Mono and duo color team is preferred because of the synergy required to perform the convert and boost combo.

Poison is a more situational power in expert levels, Poison is most useful where enemies have a lot of HP. With enemies reaching up to 3 million HP, conventional attacks take too long to deal with them, dealing damage base on a percentage of maximum HP is the only efficient way to deal with them. Once again Immunity can cause problems.

Poison has good synergy with Stun because a team only needs one Poison character and the rest can chain stun the enemy while the poison is put into effect.

In normal levels, bomb and life tap are extremely useful at dispatching enemies with high amount of defense. In several of the expert levels, 100,000 defense is not uncommon with enemies having defense up to 1 million defense, bomb and life tap become the only efficient way to deal with them as a result.

In other levels, bombs and life taps are not particularly useful due to their long cooldown and not significant enough damage  to deal with the other enemies.

Community content is available under CC-BY-SA unless otherwise noted.
Advertisement