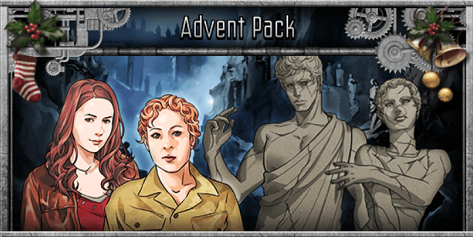 The Advent Pack was a set of levels released in December 2013 as part of the Advent Calendar promotion. These levels have been discontinued, but most of them have been incorporated into Chapter 3 in revised form. Levels marked "Expert" were more difficult than their regular counterparts, but they did not drop Expert allies.

The following levels were available in the Advent Pack.

The following ally could be unlocked in Advent Pack levels.

Retrieved from "https://dwlegacy.fandom.com/wiki/Advent_Pack?oldid=59012"
Community content is available under CC-BY-SA unless otherwise noted.