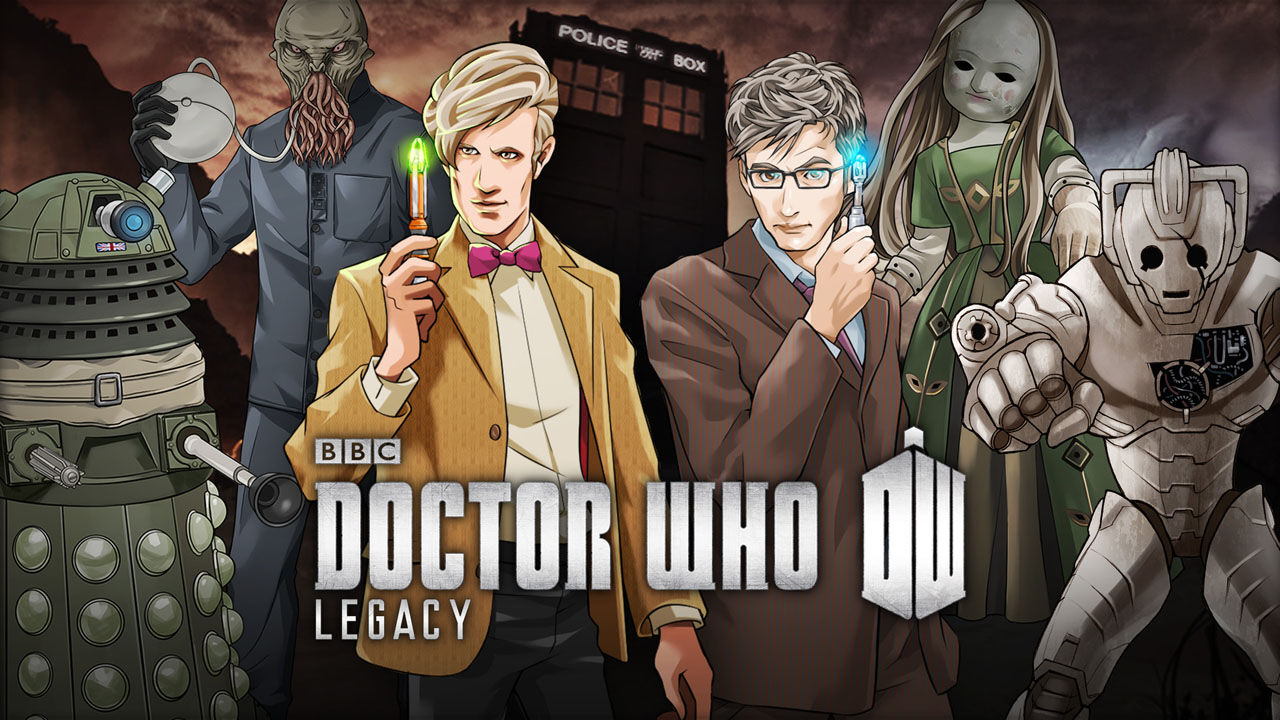 This forum can be used to discuss any news, rumours or ideas about the upcoming Season 4 of Doctor Who: Legacy. Here are some of my thoughts:

Episode-based levels: Most of the villains from Season 4 (Daleks, Oods, Sontarans, Adipose) have already been introduced in the game, so the episodes related to them have a high chance to be selected. As of other episodes, probably some levels based on the fan-favorite "Silence in the Library/Forest of the Dead", with the Vashta Nerada skeletons in spacesuits as enemies. Maybe some of the 2009 specials could be adapted, but that's more improbable.

As for the 3 classic episodes, I'm guesing one of them will be Caves of Androzani, since Lee and Susan have mentioned it in a couple of interviews before. The other two, I think maybe a Tom Baker fan favorite like "Destiny of the Daleks" or "City of Death", and a black-and-white arc from the Hartnell era or the Troughton era (although since the Doctors are in color rather than black and white, the levels will probably be colored too).

Allies: Since this is the first season from the RTD era, and also because most of the main characters from this era appear in this season, the major companions like Donna, Mickey, Rose and Wilf are almost confirmed. Also, minor characters like: Miss Evangelista, not-Fan-Area Jenny, Agatha Christie, Lady Christina de Souza, Jackson Lake, Erisa Magambo, Adelaide Brooke and the rest of the Torchwood crew. (Peter Capaldi's character from "The Fires of Pompeii" would be pretty cool too.)

What are your predictions for Season 4? Please post below

They could add 10's orange spacesuit since it appears in Waters of Mars.

What do you think about the regeneration outfits? I personally don't think they are very necessary, except for 11's Raggedy Doctor suit, but we'll see

i am hoping for the orange spacesuit!! Tennant looked awesome in that outfit!

i mean i like tenth doctor in 9th leather jacket, he looked super cool...but i think the raggedy doctor outfit is the only one worth it

but hey, they coul release all the outfits they want, we can still chose the outfits we prefer for every character

yeah, you're right. 8th in bed sheets would be great too, along with 7th's movie outfit

and the naked 11th doctor from the christmas special too!...or the bald doctor  (kidding!! :D)

8th in Dark Eyes costume would be great

On my wishlist are: 11 in his purple costume without any headwear and one with a fez like in day of the doctor. The tailcoat at amy's wedding and during let's kill hitler and the white tux seen in a christmas carol and during the dvd extra minisode. finally the orange space suit for 11. As for 10, once again, the orange spacsuit but I want 3D glasses as well.

Meanwhile for existing characters I want Victorian Clara (I dont care whether it's barmaid or governess, just at least 1 of them), kissogram/police Amy, Pirate Amy with a sword, Bride Amy, Centurion Rory, Nurse Rory, Groom Rory, Martha in black leather (like when working for UNIT and during the year that never was)

the white tux is pretty cool!, i agree with every outfit you listed!

and i really want to see Jenny Flint in pants

That Pertwee-like costume for 11 is great. I'd also like to have his old version from TTOTD. As for Victorian Clara, both would be cool, but if I had to choose I think I'd have her barmaid dress.

And blue coat 6th Doctor along with Dark Eyes 8th, and they could introduce some EU companions like Charley, Molly, Frobisher and Evelyn Smythe, specially since some of them are already listed on the game. Maybe they could be included in the hiatus between New series-TV Movie-Classic series.

I was thinking that maybe Big Finish could make a deal with TRG so when you buy an specific Doctor Who audio story, you could get a promo code for a character/level/special content related to that story

Lee and Susan mentioned during a twitch that they would like to release old 11th and old 10th, nothing confirmed yet but its possible that we are going to see them in the future

And blue coat 6th Doctor along with Dark Eyes 8th, and they could introduce some EU companions like Charley, Molly, Frobisher and Evelyn Smythe, specially since some of them are already listed on the game. Maybe they could be included in the hiatus between New series-TV Movie-Classic series.

I was thinking that maybe Big Finish could make a deal with TRG so when you buy an specific Doctor Who audio story, you could get a promo code for a character/level/special content related to that story

I really like that second idea about the promo codes, someone should suggest it, as when / if TRG make a lot of BF levels, that might be really useful.

I was thinking that maybe they could also tie-in with the new Titan Comics Doctor Who series, like introducing the new companions from the comic series in the game.

Also, on the outfit subject, I'd like to see the deformed Miss Evangelista from inside the library computer in the game as an outfit or another character

What do you think?